On Friday, November 9th, Secretary-General António Guterres convened an intimate meeting with several Jewish community figures at the United Nations to commemorate the 80th Anniversary of Pogromnacht (Kristallnacht). During his remarks, Mr. Guterres said, “Anti-Semitism is back and it needs to be fought as the crime it is.” He called on leaders and Governments to “clearly denounce and make evident the real risk of anti-Semitism in our societies today.” They heard the vivid account by Norbert Strauss, a witness to Pogromnacht in Frankfurt as an 11-year old student. Mr. Strauss spoke about surviving Pogromnacht, the destruction of Jewish communities and structures throughout Germany, and his flight out of the country.

Malcolm Hoenlein, CEO/Vice Chair of the Conference of Presidents presented Mr. Guterres with a two-volume set of books entitled Pogrom Night 1938, published by Beit Ashkenaz, which documents the history of the Jewish communities in Germany that were devastated by Nazi pogroms. In the work, which Mr. Hoenlein said took more than ten years to complete, are descriptions of every community and many pictures of the synagogues before and after Nov. 9, 1938. His research found more than 1400 synagogues and prayer houses had been attacked, far more than many historians previously believed. He cited that eventful and tragic night as the end of the deniability for Germany. “Everybody knew, everyone saw what happened in every village and city.” “Only the truth can allow humanity to progress,” Mr. Guterres said, encouraging young people to continue to learn about history. “If we hide the past, we will never be able to overcome it.”

Arthur Stark, Conference of Presidents Chairman, thanked the Secretary-General for his compassion, concern, and his outspokenness about the rise of anti-Semitism around the globe.

There in attendance were George Klein, founder, US Museum of Jewish Heritage/Holocaust Memorial; Dr. David Machlis, director of the March of the Living in the United States; and Dr. Steven Malin, Senior Strategist, Allianz Global, whose support made the publication of Pogrom Night 1938 possible. 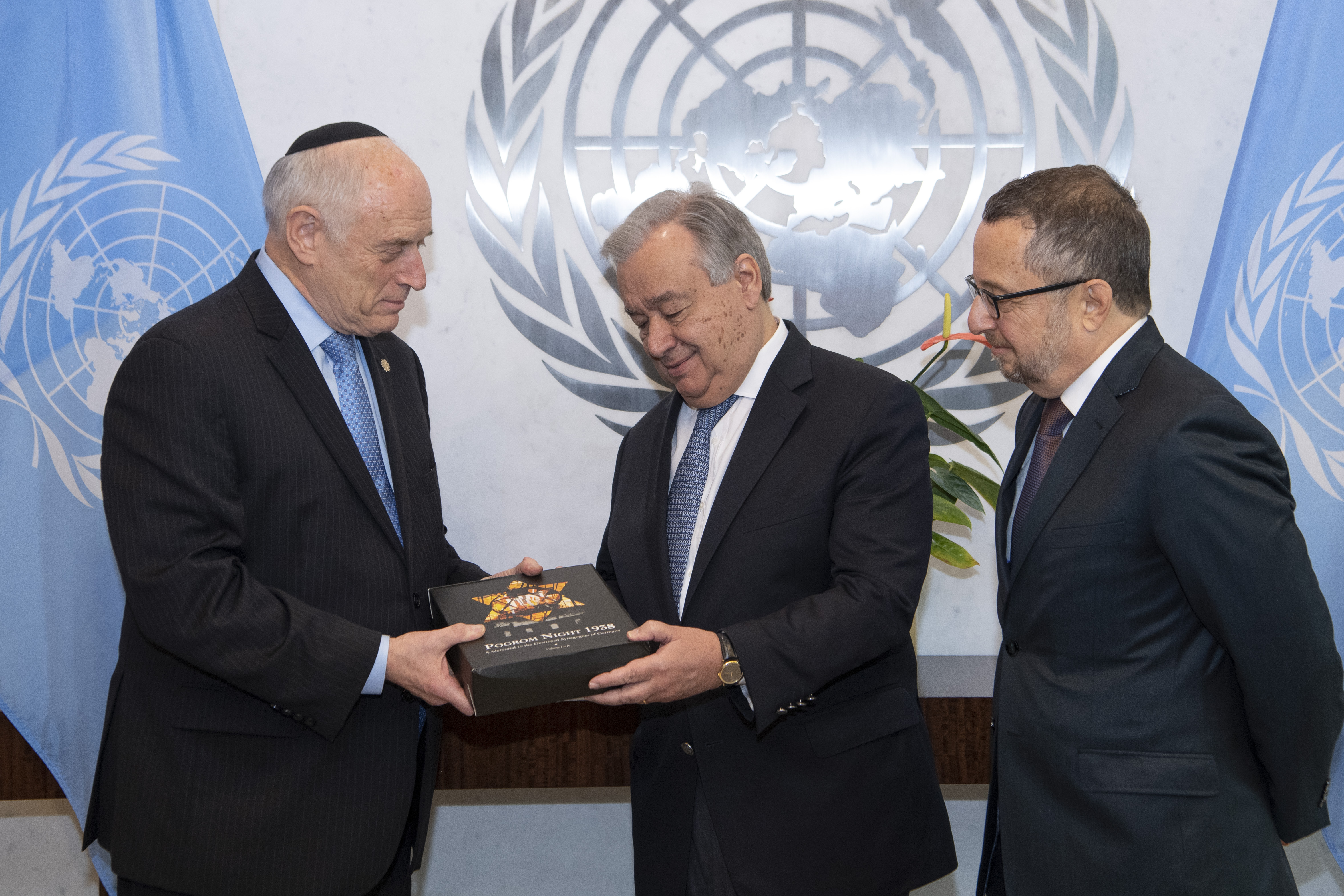